Initial casting is announced for Qdos Entertainment’s London Palladium production of Cinderella. The 32 strong cast will be led by Paul O’Grady as The Wicked Stepmother, Julian Clary as Dandini, Lee Mead as Prince Charming, Paul Zerdin as Buttons, Nigel Havers as Lord Chamberlain and Count Arthur Strong as Baron Hardup. The roles of Cinderella, the Fairy Godmother and the Ugly Sisters will be announced soon.

Cinderella will run at the London Palladium for five weeks only over the Festive season from Friday 9 December 2016 to Sunday 15 January 2017, with press night on Wednesday 14 December 2016.

Cinderella, the most enchanting rags-to-riches fairy tale of them all will grace the stage of the West End’s most famous theatre this Christmas as pantomime returns to the London Palladium for the first time in nearly three decades. 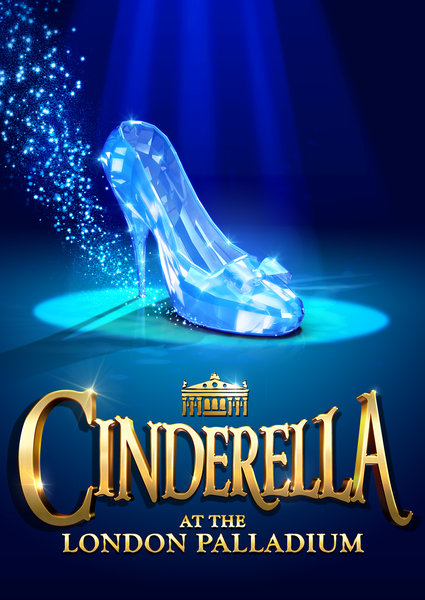 Cinderella is produced by Nick Thomas and Michael Harrison for Qdos Entertainment. Directed by Michael Harrison and co-directed and choreographed by Andrew Wright, Cinderella is designed by Ian Westbrook with costume designs for Paul O’Grady and Julian Clary by Hugh Durrant. Lighting design is by Ben Cracknell with projections by Duncan Mclean, sound by Gareth Owen, musical supervision and orchestration by Gary Hind, musical direction by Greg Arrowsmith and visual special effects by The Twins FX.

Best known as host of The Paul O’Grady Show and for helping rescue dogs in For the Love of Dogs – not to mention his acid-tongued creation Lily Savage – Paul O’Grady is returning to pantomime to play The Wicked Stepmother in Cinderella.

Julian Clary returns to pantomime having begun his career as a camp comic thirty years ago, and despite the fervent wishes of the general public shows no signs of slowing down. His TV debut came in 1989 with ITV quiz show Trick or Treat and Channel 4’s Sticky Moments. Julian Clary is a best-selling author, a regular panelist on Radio 4’s Just a Minute and is currently touring his new one man show The Joy of Mincing. 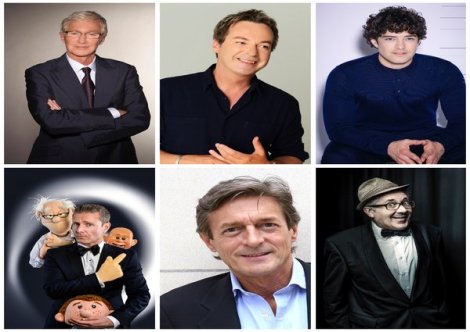 Lee Mead shot to prominence after winning the BBC series ‘Any Dream Will Do’ to take the role of Joseph in the West End in 2007. After a hugely successful run of West End shows he joined the cast of Casualty as Ben ‘Lofty’ Chiltern. Throughout this time he has also toured the country with his band, released albums and enjoyed a series of highly successful pantomimes in some of the UK’s most prominent theatres. At the start of 2016 he took a break from Casualty to join a new touring production of Chitty Chitty Bang Bang in the role of Caractacus Potts.

Ventriloquist Paul Zerdin took the US by storm when he won America’s Got Talent last year, which was swiftly followed by the opening of his own residency at the legendary Planet Hollywood in Las Vegas which opened this month. Also a household name in the UK, Zerdin has appeared on The Royal Variety Performance no less than three times and was most recently seen on Michael McIntyre’s Big Christmas Show broadcast on BBC1.

Nigel Havers is one of the country’s best known actors thanks to his roles in Chariots of Fire, Passage to India, Empire of The Sun, Don’t Wait Up and Man Child. More recently his credits include Coronation Street, Downton Abbey, the hit BBC4 series The Life of Rock, Stop/Start for BBC Comedy Playhouse and Benidorm. His numerous West End appearances include playing Serge in both the touring and London productions of Art. Subsequently has appeared in hugely successful touring productions of Rebecca, Alan Bennett’s Single Spies and Nick Fisher’s comedy Basket Case, as well as several sell out seasons in pantomime. Most recently Havers reprised the role of Algernon Moncrieff in The Importance of Being Earnest both at the Harold Pinter Theatre and on UK Tour.

Count Arthur Strong, ‘show business legend’, raconteur and former variety star, returns to the stage he remembers so fondly. Having launched the comedy character in 1997, Steve Delaney has turned his ‘riotously funny’ creation from Edinburgh cult hit into a cornerstone of BBC comedy. Over fifty episodes of Count Arthur Strong’s Radio Show! have been produced for BBC Radio 4 and the third series of his eponymous TV sitcom returns to BBC1 this autumn.

Nick Thomas is the founder and Chairman of Qdos Entertainment Group. The business that he started in 1982 is now one of the largest entertainment companies in Europe. Aside from the company’s credentials in pantomime, it is the UK’s second largest regional theatre and concert hall operator, and employs 1,800 full time staff.

Michael Harrison has previously produced over 100 pantomimes for Qdos Entertainment where he is also Managing Director. He has directed 12 consecutive pantomimes at Newcastle Theatre Royal and 6 productions at Birmingham Hippodrome and as a producer in the West End his credits include Gypsy, The Bodyguard and Mrs Henderson Presents.

The London Palladium has hosted more annual Royal Variety Performances than any other theatre. Designed by Frank Matcham it opened on Boxing Day 1910 and became famous, partly through television, as the “Ace Variety Theatre of the World”. Among the greats that have played there are Bob Hope, Judy Garland, Bing Crosby, Sophie Tucker, Ethel Merman, Howard Keel, Arthur Askey, Ella Fitzgerald, Nat King Cole, Tommy Steele, Julie Andrews, Ken Dodd, the Two Ronnies, Bruce Forsyth and Cliff Richard. In 1979 Yul Brynner arrived in a spectacular production of The King and I, which heralded further musicals in recent years including Joseph and the Amazing Technicolor Dreamcoat, Cameron Mackintosh’s Oliver!, Saturday Night Fever, The King and I starring Elaine Paige, Chitty Chitty Bang Bang, Tommy Steele in Scrooge and Sinatra at the Palladium, the hugely successful revival of the The Sound of Music, Sister Act, The Wizard of Oz, A Chorus Line, Barry Humphries’ Farewell Tour and Cats.

All ticket prices include a £1.25 Theatre Restoration Levy