When you receive an email with the heading “national treasure Maureen Lipman Cast in Mother Said I Never Should” you don’t delay in finding out more.

At just over two and a half hours long this is quite a long play but I can honestly say the quality of the acting by four incredible actors makes it feel much shorter and the time simply flies past. 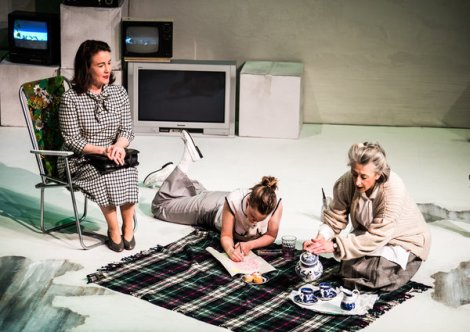 A simple set greets you with television screens strategically placed around the stage which play at key moments and depict the journey in time. Whilst the cast bring on props to create in your mind the rooms of family homes. The cast consist of just four Maureen Lipman (Doris), Caroline Faber (Margaret) Katie Brayben (Jackie) and Serena Manteghi (Rosie).

A story of four generations of strong women, an exploration into the meaning of family, being a mother, a child, sister and grandmother. Do we learn from the mistakes we or others make or is it a series of conscious decisions influenced by the childhood we’ve had that shape us as adults.

Caroline Faber as Margaret, shows us the story from the perspective of being a daughter whose trying to do the best she can. As with every generation, especially those that were children during the war, they feel that their life will be different from their mothers. This is a world free from war, a changing world, new and exciting with a more liberal view. However as ever, the next generation feels equally the same and we see Katie Brayben (Jackie) exploring and pushing the boundaries. During her late teens she falls pregnant and the overwhelming feeling of wanting to do the best for her child (Rosie – Serena Manteghi), whilst not being in a position do so. Brayben gives her child to her mother to raise. Whilst she visibly regrets it, you can’t help but wonder if it ultimately was just for her to be able to continue her life as she wants to, unencumbered and free from ties. In later life the harsh reality of what she has done is consuming and suffocating. As always, as much as you try, you can never go back in time and the old saying “what is done is done” comes back to haunt and torment her. Manteghi is endearing as Rosie, the scenes of when she makes the sounds of a baby, yearning to be loved and when she finds out the truth are particularly beautifully acted. 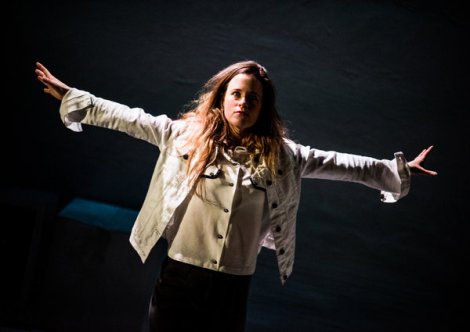 The grandmother Maureen Lipman plays the matriarch of the family, strong and a survivor, who endures being the homemaker and mother, whilst remaining in just an “adequate” marriage because this is what you did. This is one improvement that women no longer have to settle for a life that they clearly live for and through others.

This is an intelligent and interesting play which hasn’t been on the London stage for over twenty-five years. It is as relevant today as the day it was written by Charlotte Keatley. An exploration into generations, decades and life as a whole it is a celebration of strong women and the director Paul Robinson directs these four perfectly cast women superbly. 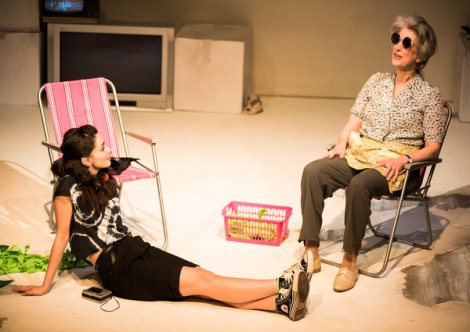 You laugh at the funny lines, of which I’m delighted to say there are many, most are delivered by Lipman’s impeccable comic timing. There are tears when you experience the hurt and feeling of failure of never quite living up to others expectations, or seeing others feel unfulfilled, unloved or unappreciated.

I really can not praise this play enough. It’s intense and makes you think of your own life, reflect and evaluate the relationships within your own family. A stellar cast give superb performances, there’s no weak links here just pure quality acting and heart-warming depiction of four strong women.

★★★★ “A stellar cast give superb performances”