On Armistice Day each year, we remember and honour those who’ve given their lives in service to their country – so there could hardly have been a more appropriate evening to see the West End transfer of Neil McPherson’s It is Easy to be Dead. Based on the poetry, letters and brief life of Scottish poet Charles Sorley, the play both pays respectful tribute to those who died fighting for Britain in World War 1, and rages at the tragic and utterly pointless waste of so many lives. 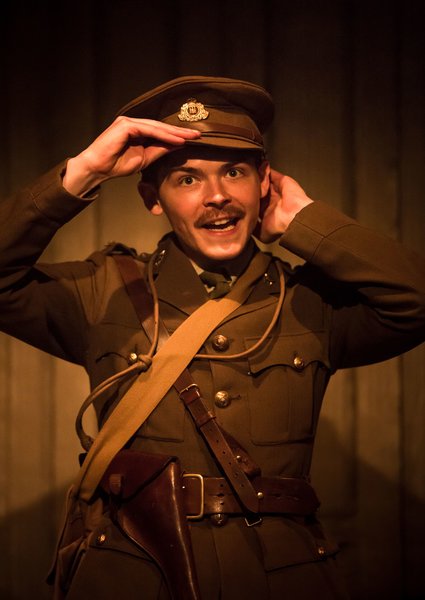 Charles Sorley, son of a Scottish university professor, killed in action at the Battle of Loos in 1915, when he was just 20 years old. The play uses extracts from his letters and poems, published after his death by his devastated parents, to piece together the last few years of his life. Through them, we come to know a young man blessed with boyish charm, a quick wit, and a love for life that seems limitless – until the horrors of war drain it from him and replace it with anger.

Alexander Knox gives a brilliant performance as Charlie. A natural comedian, he shares his happy memories of living in Germany before the war, telling us with a wry smile about his teenage crush on his landlady, and the time a shopkeeper mistook him for a Swede because his German was so bad. But in Act 2, that irresistible twinkle in his eye is long gone, as he’s forced to go to war against people he loves and respects – not through choice, or selfless patriotism, he explains honestly, but simply because refusing to fight for his country isn’t an option. 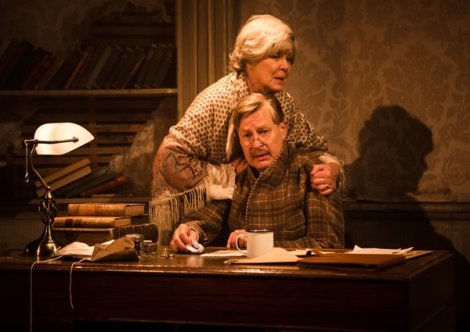 But this is not only Charlie’s story, and in between excerpts from his writing are some heartbreaking scenes as his parents, played by Jenny Lee and Tom Marshall, try to come to terms with their grief. Though they bicker over many things, including whether or not to publish their son’s work, their sincere affection for each other offers a little comfort – to both them and us. The two threads of the story unfold simultaneously under Max Key’s direction, to a varied programme of music beautifully performed by singer Hugh Benson and pianist Elizabeth Rossiter.

While the first act is the more entertaining of the two, it’s after the interval that the play’s message really begins to be heard. While bombs go off and rifle fire peppers the air all around us, a video screen poignantly displays the names, dates and photos of Charlie’s friends and fellow soldiers as they fall, a tragic slideshow that inevitably ends with his own picture as the play comes full circle and ends where it began. 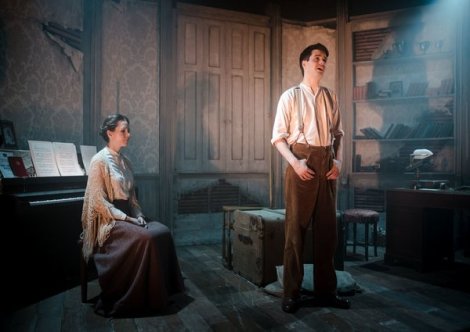 I must admit I’d never heard of Charles Sorley before watching this play, but having now discovered his haunting poetry, it’s difficult not to be moved by its refreshing, if brutal, honesty. There’s nothing sentimental or patriotic about his writing – quite the opposite, in fact – but perhaps that’s the version of war the world needs to hear more about. Likewise, It is Easy to be Dead is not an easy play to watch, but that doesn’t make it any less important.