Found111 is a stifling venue atop a building in central London (free water is provided). Up stark stairways, twisting round a clunky metal lift, the audience is cramped closely around the central stage – a bed and a mirror – in the August heat. The setting is aptly suited to Unfaithful, where two couples, separated by a generation, are both at a crisis point in their relationship. 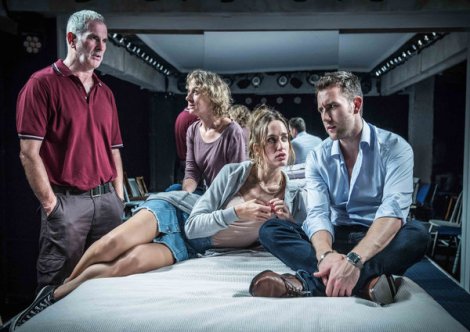 Tom and his wife Joan have been married for over thirty years. With their only daughter grown up and gone, they are left alone again, surprised and disappointed by the fact of other. Peter and Tara have a ready stack of cash, and have the freedom to do whatever they want with it. The only problem is, this lifestyle is fuelled by Peter’s work as a male escort. He finds his nightly falsifications creeping into their lives, and she struggles with the idea of his paid-for infidelities. When Tom seeks more excitement in a bar after work, and his wife seeks out her revenge, it leads to unforeseen consequences. The paths of these reeling couples collide, leading them to further question their honesty not only to their partners, but to themselves. 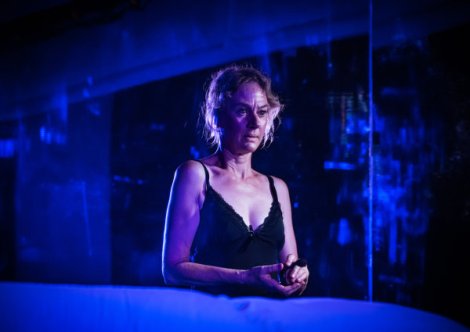 The production is intense and sexual throughout – we shift scenes in a wash of loud music, each of the characters observing and helping each other to dress, as if to symbolise the way their worlds have been interwoven. We cut abruptly into the middle of scenes – arguments that have already started – so the audience is left to piece together the events that led up to the scene.

Niamh Cusack as Joan is fantastic. Veering from vitriolic to sardonic, she is a pleasure to watch, especially in her interactions with Tom (Sean Campion), which has a weariness and familiarity borne of long exposure to one another. Peter (Matthew Lewis) and Tara (Ruta Gedmintas), in contrast, are a little jarring with each other, and I found their relationship less convincing. Perhaps it is to symbolise their state – still stumbling into a world in which neither of them seem fully adult. They make rash statements and decisions, seeking something to define themselves. 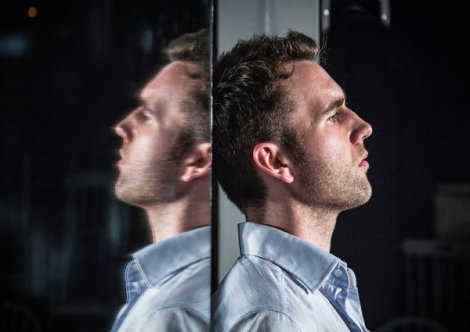 Each scene is a conversation between two people. Inside these exchanges are touching sentiment, genuine humour and the sense that no-one is being entirely honest. Lewis, who at first seems a little gruff and one-sided, presents us with perhaps the most multi-faceted of them all, unable to reveal the true face of himself (if such a thing exists) to the woman he supposedly loves. The audience are forced to acknowledge that relationships, even the closest ones, will never reveal everything. For shame, or pity, or needing to be loved, the characters lie, deceive and fumble about, leaving the audience unsure as to their true identity.

It begs the question: what does it mean to be Unfaithful? Can it only be defined through a physical act? Each character loses faith in their relationship, their partner, and themselves. It appears that honest conversations are impossible when you are trying to love someone. Owen McCafferty reveals that there are more damaging things than the traditional notions of infidelity.

★★★★”A seethingly sexual play, layered with humour and insight”

One response to “Unfaithful – Found111”