To give a little background to this piece this special “Spring” version of the show has been adapted to 75 minutes by its creators to be performed by young people. The Secret Garden is from the same production team as Annie Jr, which smashed box office records last summer at the Arts Theatre, at the same time giving 350 youngsters the chance to act for the first time in the West End.

More than 2,000 children auditioned for The Secret Garden and 300 youngsters are in the shows cast. 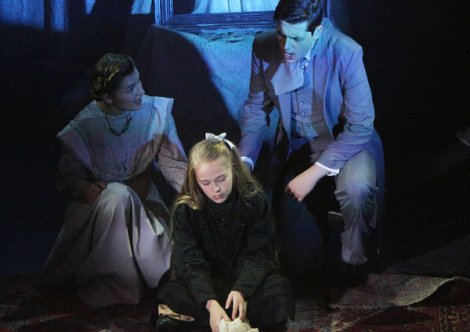 Producer Matthew Chandler of The British Theatre Academy said: “This is the European premiere of a new version of The Secret Garden, specially adapted to be performed with just 4 adult actors and 20 children. We have 21 teams child actors who will perform in rotation throughout the season. of It is a fantastic opportunity for all the youngsters involved.” 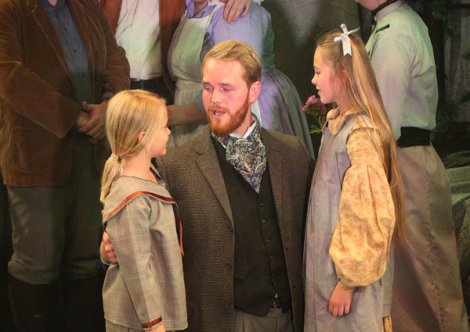 Orphaned while living in India, 10 year-old Mary Lennox returns to Yorkshire, England to live with her embittered, reclusive uncle Archibald, whom she has never met. There, the ill-tempered and lonely Mary meets Martha, a chambermaid, who tells her of a secret garden which belonged to her aunt Lily before she died. Mary’s search for the garden introduces her to a slew of other characters including Dickon (Martha’s brother), Ben (the head gardener), Neville (her other uncle), and a spirited robin that seems to be trying to talk to her. This compelling tale of forgiveness and hope reveals that even the cruelest of environments can blossom with new life. 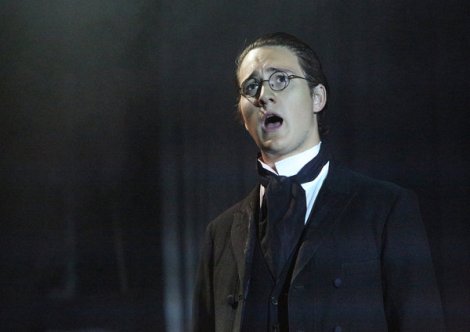 I have to say that I’d not seen The Secret Garden performed before but I did know of its glorious music and the fact that it is a multi Tony Award winning show. The key character Mary Lennox played on our night by Alana Hinge cuts a sad figure sat on the stage whilst we take to our seats. This is an enormous role for a child to play let alone an inexperienced actor on a West End stage. Hinge did a superb job and commanded the stage enchantingly.

As much as I would absolutely love to single out every performer on the stage, I have decided to just highlight a few which particularly caught my eye. Scarlet Smith (Lilly) has a simply stunning voice and her haunting “Come To My Garden” which runs sporadically throughout the 75 minute show was delightful. Whilst comedy timing shown with love and fun was provided by Samantha Bingley (Martha) and was a joy to watch. Dr. Neville Craven was played by Stuart Nunn and you couldn’t help feel the effusive sinister vibes emulating from him or maybe it was just unrequited love for his deceased sister-in-law. George Mulryan’s (Archibald Craven) grief was tenderly portrayed and the annoying, initially unloved or spoilt Colin was captured by Sam Procter very well. 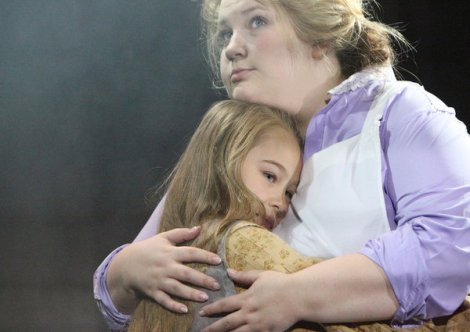 I could easily list every single person on that stage, they all deserve a mention, as equally do the ensemble. The choreography by Jamie Neale which was simple but effective complimented the show perfectly. It was expertly directed by Rupert Hands and I take my hat off to him as this must be no mean feat given the number of young performers involved. Under the careful watch of Musical Director Richard Baker the songs performed within this edited version were beautifully delivered.

This show is scripted and designed with a young appreciated audience in mind and I believe it does its job brilliantly. It left me feeling enchanted, heart-warmed and charmed when I left the theatre. It really is delightful and I encourage anyone with children to go and see it.

As for the young performers themselves, some are destined for great things and I expect we haven’t seen the last of many of them on a West End stage. Congratulations to The British Theatre Academy an excellent concept providing performance opportunities, work ethos and training for new talent regardless of socioeconomic background.

One response to “The Secret Garden – Ambassadors Theatre”