Everyone’s favourite nanny has flown into the Mayflower for a three-week visit. This is the start of the U.K. And Ireland tour and what a way to start!

As Cameron Mackintosh said last year on the announcement of the tour “It’s hard to believe that it is already 11 years since Mary Poppins first landed on the London stage. My goodness……time flies even faster than our beloved Nanny! I’m delighted to bring this wonderful musical to Southampton after spreading its magic around the world. Since we originally staged the production we have found even more magical ways to stage this timeless tale and I’m sure you will find our new Mary practically perfect in every way”.

Zizi Strallen plays the leading role and I have to say she was more than “practically PERFECT” she was absolute perfection personified in this new stage adaptation of the Walt Disney film classic of the stories written by P L Travers. Strallen effortlessly glides around the stage at times almost seeming to be on wheels, her poise and demeanour of this quintessentially British nanny merely demonstrated that she was sheer brilliance in casting for the role. 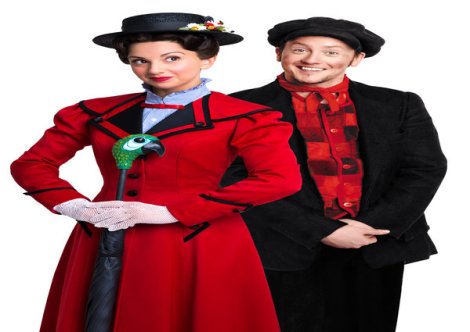 Playing opposite Strallen as our loveable chimney sweep is Matt Lee (Bert). Lee’s “Step in Time” really was a wonderful moment and his tap routine had me grinning from ear to ear. Whilst his accent dropped a little in parts he can be forgiven for this immediately he takes centre stage in this scene.

This is a spectacular production which has clearly had no expense spared on it. The scenery, the lighting and it’s cast gives a vibrancy that you would expect with any lavish Disney/Mackintosh production. I particularly enjoyed “Supercalifragililisticexpialidocious” led by Mrs Corry (Wreh-asha Walton) whilst “Feed The Birds” (Grainne Reniham) was poignant and tender.

I mentioned earlier the choreography, and whilst it is gracefully and expertly executed by all the cast and its leading lady and gentleman it came as no surprise to me on checking in the programme that the direction and choreography was by Matthew Bourne and co-choreographed by Stephen Mear. Both of whom I must say I actively look out for when seeing a show. It is always a delight, innovative and interesting to watch whilst appearing simple but being technically extremely difficult.

The role of Mrs Banks was wonderfully played by Rebecca Lock and the role of the father George Banks by Milo Twomey. Both worked well together and were delightful. The children on our night played by Maia West and Santiago Weston, it can be seen that if they continue in this way, will indeed both have very bright futures ahead of them.

This is a darker adaptation of this well loved show and at just shy of three hours long it is I’d say quite a long musical for children. That said, this is a show full of energy, dancing and singing, so much so, it really is a “practically perfect” musical which I’d encourage you to take the children to see now!

★★★★★ “Practically Perfect in every Way”