Have you heard the story of the Johnstone twins…….? Sometimes as a reviewer, you finish watching a show thinking this is going to be the easiest review I’ve ever written and then you start to write it and hit a block? Why?  Just because sometimes a performance that receives a full house standing ovation, is so incredible that its hard to find the words to do it justice! This is one of those occasions. 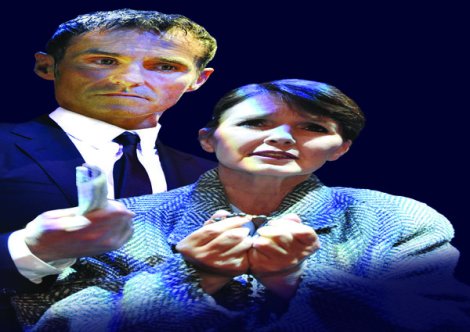 Willy Russell‘s tale of the Johnstone twins who were separated at birth as the poverty ridden abandoned mother could not afford to keep both. One brought up in a privileged family by Mrs Lyons, who could not have children of her own, the other the “wrong side of the track” is now in its 29th year. Directed by Bob Tomson and Bill Kenwright with songs such as Marilyn Monroe, Easy Terms, Bright New Day, and Tell Me It’s Not True Blood Brothers is a powerful musical which has definitely stood the test of time.

I have seen the show before and have to say that this particular cast reminded tonight just why it has been so successful for so many years.

Marti Pellow as the narrator had the perfect balance between storytelling, blending into the background and menacingly appearing from the shadows.

Daniel Taylor plays Mickey’s Brother Sammy who adds light to the early darkness of the first act, and gives us a glimpse of what delinquency may be ahead, well scripted and extremely well delivered. Other highlights for me were  Joel Benedict (Eddie) Danielle Corlass (Linda)and Paula Tappenden (Mrs Lyons) although there is not a single weak link in this talented cast. 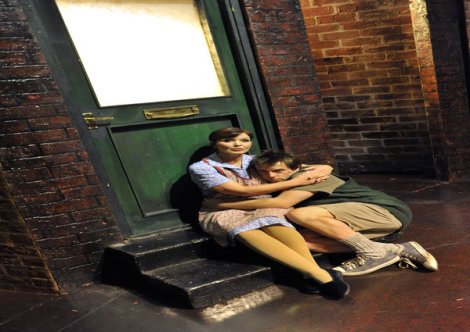 However the night belonged to Maureen Nolan as Mrs Johnstone and Sean Jones as Mickey, both gave outstanding performances. Nolan gave us a powerful, emotional roller coaster of an evening and was an absolute delight to watch. The despair, comic timing when needed, heartfelt love for both boys and even the euphoria of moving home at the end of act one were all played to perfection.

Jones as Mickey seemed to age in front of our eyes and again displayed the traits of depression so well, that you almost felt you could see the person he was, being destroyed in front of your eyes in the ending scenes. Superbly acted and one that showed immense talent. 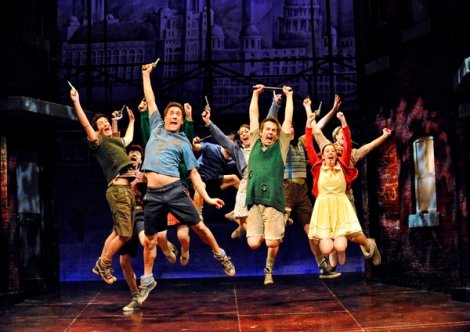 I did, like most of the audience I’m sure, jump at the end and shed a few tears, all of the cast were so believable. They earnt and heartedly deserved their standing ovation at the curtain call.

So do you know the story of the Johnstone twins……? Well if you don’t I suggest you need to get yourself to the Mayflower this week without delay or catch it when it’s in a town near you. If it’s the only touring show you see this year you will not be disappointed I promise you!