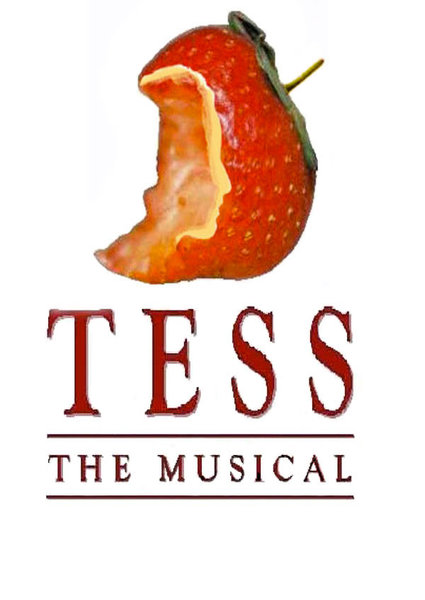 My ears pricked up at the thought of supporting some new writing and a new project. So when Tess The Musical made contact I was there like a shot asking how I could encourage and support? They’d seen what I’ve done for others so here’s one of my Interviews with the Two Michael’s who have created a new musical based on the iconic book by Thomas Hardy. What follows is their unedited answers to my questions.

1) When and how did you two Michael’s meet?

Michael Davies: We worked together on corporate roleplay jobs. I think the first one was probably assessing competence for staff at a large financial institution in the early Noughties. I hope we weren’t responsible for the crash.

Michael Blore: To quote Leonardo di Caprio in “Catch Me If You Can”, I concur.

2) When did you come up with the concept of doing something with Tess and what was your motivation?

MD: Please see the d’Blog page on the Tess website – tessthemusical.com – for full answers. Briefly, in the spring of 2013, when we each coincidentally expressed the long-held desire to write a musical. I think Jupiter may have been in conjunction with Uranus at the time – that was probably what did it.

MB: I’m still concurring, though my own personal motivation for writing the music for “Tess” came down to loving the story. I also admired Michael’s work as a writer and, after years of working together with him without rancour, felt we could get on.

3) How is the project progressing and where do you see it heading?

MD: The show is fully written and we have recorded a few demo tracks that are out there on YouTube and the Tess website so the next step is to work towards staging a production.

MB: Hold on there Mr Words, we’re also working towards recording a concept album. I’m putting the finishing touches to the orchestration as we speak.

4) What’s your ultimate goal for Tess?

MB: I concur. And it’s not just because we have the same first name. But if not the world, then West End and Broadway would be nice.

5) When you are not working on Tess what are you currently doing?

MD: Moving house! My wife Tricia and I are lucky enough to be moving to Stratford-upon-Avon so that’ll keep me busy for a bit.

MB: Moving house! Well, in my case, from flat to house with my partner, Scott. We’re off to Chippenham from Bristol. Otherwise, “Tess” is my full-time job for now.

6) Have you got any sound bites or teasers to share yet or when can we expect them?

MD: Please see answer 3! There’s also a BBC interview with both of us that gives a bit more detail, and anyone interested in following the show’s development can follow @Musical Tess or Tess the Musical on FB for regular updates – in fact, please do. The more the merrier!

MB: Don’t forget Instagram! We are there too at tessthemusical. Coming soon, you can also see our very first promotional video of the show using some of the music from Act 2. At only 90 seconds it’s well worth a viewing!

7) I’m seeing many Kickstarter campaigns at the moment to launch projects. Is this something you’ve considered to raise the profile?

MD: We wanted to pursue other options first. We are talking to a number of producers at the moment, and once we’ve both moved house we’ll be making a big push to get the show out there, one way or another. Nothing against Kickstarter – it’s worked brilliantly for many creative projects – but it’s not the route we see for Tess at the moment.

MB: ‘Nuff said really. The show is also with a couple of producing houses whose answer we await in the near future.

8) What lies ahead for Tess, what’s the timeline?

MD: It’s taken two years to write, but now is when the real work begins. There’s no predicting how long it can take to bring a show to the stage – some musicals take years – but we didn’t write it so that it could sit in a drawer gathering dust, so watch this space!

MB: In many respects the easy part was writing the show. From here on in it’s continual promotion and reaching out to as many people as possible in the hope that they like what they hear and are keen to want more. And if they do, the show is ready.

9) Who would you consider to be the most influential person in the world today and why?

MB: If we believe the press, then Christine Lagarde at the IMF. Any American president seems to get that billing. Though the one who influences me the most is Richard Dawkins. But Sir Cameron, if you’re reading this…

10) if you could have any “Super Power” what would it be?

MB: Ensure economic fair play, repair the ozone layer and prevent cruelty to other animals on the planet. That’s 3 powers. Is that ok?