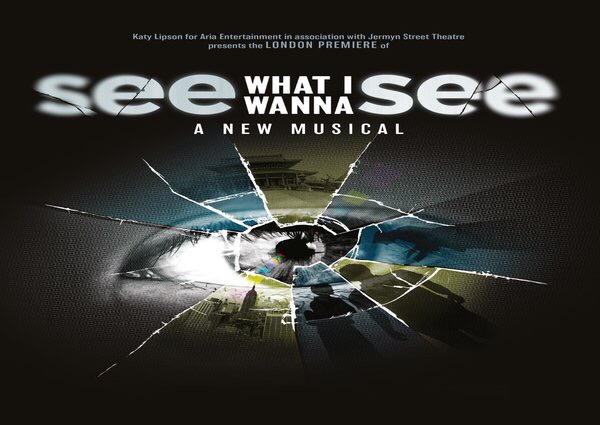 THE LONDON PREMIERE OF

SEE WHAT I WANNA SEE

FROM TUESDAY 8 SEPTEMBER TO SATURDAY 3 OCTOBER 2015

Michael John LaChiusa’s Off-Broadway hit See What I Wanna See will receive its London Premiere in a limited 4-week run at Jermyn Street Theatre from Tuesday 8 September to Saturday 3 October, with a press night on Friday 11 September, 7.30pm.

See What I Wanna See is a vibrant and provocative new musical that explores the nature of truth, and how it is altered by perspective. From medieval Japan where two lovers seek to escape a doomed relationship, to modern day New York where a priest is wrestling with his faith, See What I Wanna See weaves together three remarkable stories of lust, greed, murder, faith and redemption, where truth and lies have become entangled. Michael John LaChiusa’s beautiful and unexpected music blends a plethora of influences from jazz and salsa to classical and pop into a fluid, cinematic score. See What I Wanna See is a fiercely intelligent, heartfelt piece of theatre that calls into question; how pure can the truth ever be?

See was named one of the Best Musicals of 2005 by New York Magazine, and was nominated for nine Drama Desk Awards including Best Musical. The show premiered at New York’s Public Theatre in 2005 where it starred Idina Menzel in her first role following her Tony Award-winning performance originating the role of Elphaba in Wicked.

See What I Wanna See is based on three short stories by acclaimed Japanese writer Ryunosuke Akutagawa. It will be directed by Adam Lenson, who is currently directing the 20th Anniversary revival of Songs For A New World at St. James Theatre starring Cynthia Erivo, Damian Humbley, Dean John-Wilson and Jenna Russell. Adam also created the sell-out concert series West End Recast at the Phoenix and Duke of Yorks theatre and was associate director on the Olivier award winning west end production of Stephen Sondheim’s Merrily We Roll Along.

See What I Wanna See is written by Michael John LaChiusa, based on short stories by Ryunosuke Akutagawa as translated by Takashi Kojima. It is directed by Adam Lenson with musical direction by Richard Bates. It is produced by Katy Lipson for Aria Entertainment, presented by special arrangement with R&H Theatricals Europe.

Adam directed the European premiere of See What I Wanna See whilst a student at Cambridge University at the age of 20. Now a decade later he is proud to return to the piece to stage its professional European debut and London premiere. Adam is currently directing the 20th anniversary revival of Songs For A New World (St James Theatre). He created the sell-out concert series West End Recast (Phoenix and Duke of Yorks’ Theatres).

Aria Entertainment was founded in 2011.

Current productions include: The House of Mirrors and Hearts (Arcola Theatre), Miss-Leading Ladies (St. James Studio); The Adventures of Pinocchio and the 40th Anniversary revival of The Who’s Tommy (Greenwich Theatre); Bette Midler and Me (Edinburgh Fringe Festival and Upstairs at the Gatehouse) and a third From Page To Stage festival is due to take place in October (Tristan Bates Theatre).

Other recent productions include: Portia Coughlan and The Verb, ‘To Love’ (Old Red Lion Theatre); Jerry’s Girls (St. James Studio and critically-acclaimed transfer to the Jermyn Street Theatre); the revival of Marry Me A Little (St. James Studio); The Return Of The Soldier, supported by Grant for the Arts and The Green Bay Tree (Jermyn Street Theatre); RAGS The Musical – In Concert for one night only (The Lyric Theatre, Shaftesbury Avenue); the UK premiere of Off-Broadway Drama Desk Award-winning musical See Rock City And Other Destinations (Union Theatre) and the revival of British musical Free As Air (Finborough Theatre). Katy was also Associate Producer on a triple bill of Howard Goodall musicals – The Dreaming, Love Story and Girlfriends (Union Theatre).

Previous productions include: The Best Little Whorehouse In Texas (Union Theatre); the West End Charity Gala performance of Children Of Eden, starring Gareth Gates, Russell Grant and Kerry Ellis (Prince of Wales Theatre); the West End revival of The Mystery of Edwin Drood (Arts Theatre);Edward Reid: Living The Dream One Song at a Time (Edinburgh Fringe and Scottish Tour), which won the Radio Forth Award for Best Fringe Show; The Secret Garden (UK Tour); World Premiere of new musical Sleeping Arrangements, based on the novel by Sophie Kinsella; the off-Broadway musical The Road To Qatar (nominated for an MTN Award at the Edinburgh Fringe Festival); When Midnight Strikes(Upstairs at the Gatehouse); The Jewish Legacy and The Jewish Legends (UK Tours).

Katy has also produced two seasons of new musical theatre entitled From Page To Stage, which were supported by Grant For The Arts in 2014.

One response to “News: @AriaEnts brings London Premiere of See What I Wanna See (@SWIWS2015) to @JSTheatre 8th Sept to Oct 3rd”