Sometimes as a reviewer you sit in a theatre space and you just feel this is going to be an incredibly important piece of theatre. This is one of those such occurrences. Written by William M. Hoffman and directed by Andrew Keates this is the first AIDS play.

As you take to your seat the cast are already sat on the stage in character watching the audience arrive. In the background there are facts and statistics being read over the sound system about this terrible disease.

It opens with Jane Lowe as a hospice worker talking of her experiences and life’s work.

Steven Webb as Rich and David Poynor as Saul lead this truly outstanding cast. The quality of both direction (Andrew Keates) and  the acting are superb with its depth and realism created. 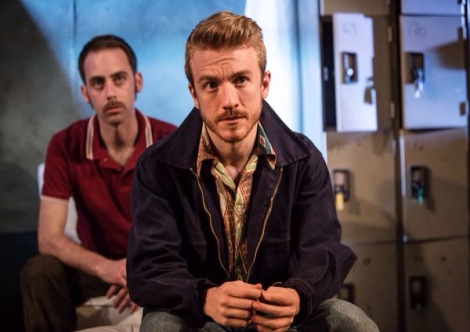 Chet played by Giles Cooper, Lily Natalie Burt and Brother Dino Fetscher continue the strong acting theme, in fact the whole cast are to be congratulated and support one another superbly. 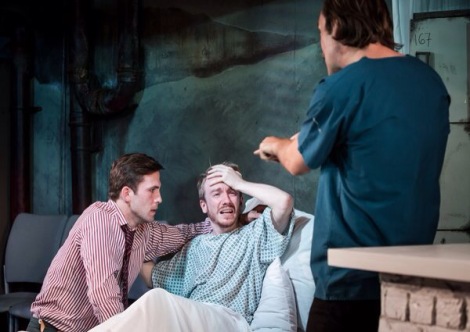 The play witty at times has you on a roller coaster of emotions. It deals with the ignorances of society and the harsh poignancy of the stigma attached to this disease. One line that perfectly demonstrated this to me was “I’m HIV not radioactive”. This intimate 100 seater performance space is perfect for this highly charged, exquisitely well written and intensely powerful show. The use of it has you watching events all around you and is a delight.

The lighting design by Neill Brinkworth and set design by Tim McQuillen-Wright were a great addition to this production. As was the sound designed by  James Nicholson and the original music by Matthew Strachen.

I learnt many things tonight about AIDS not least that I can’t believe that there are so many inaccuracies that are still out there today surrounding this disease. Whilst reading the programme after the performance I gained further knowledge about the advances and progress being made. This again added gravitas to how vital this show is. 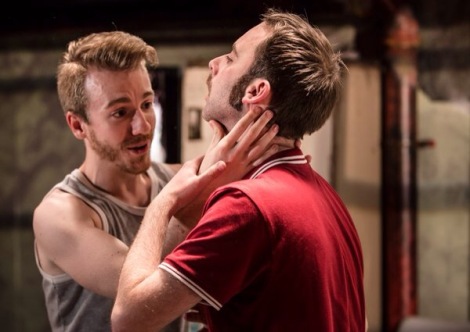 Revisiting my header comment and opening statement this is such an important piece on so many levels that I would simply implore you to go and see it for yourself. It is for me one of the theatre highlights of 2015 and a must see production.