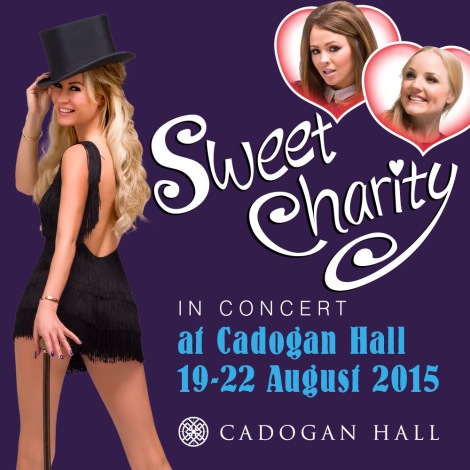 Sweet Charity, with music by Cy Coleman and lyrics by Dorothy Fields, was directed and choreographed for Broadway by Bob Fosse, where it premiered in 1966 and was subsequently nominated for 9 Tony Awards. The musical, based on Federico Fellini’s screenplay for Nights of Cabiria, is a comical but tender look at the adventures and misadventures in the ways of love encountered by New York dance hall hostess Charity Hope Valentine. Denise Van Outen stars as Charity – singing, dancing, laughing and crying her way through this all-time classic musical comedy, alongside a host of other wonderful characters including her cynical girlfriends at the dance hall (Kerry Ellis and Kimberley Walsh), claustrophobic tax accountant suitor Oscar (Michael Xavier) and the phony evangelist Big Daddy. Through trials and tribulations, Sweet Charity continues searching for love, ever hopeful. It features well-known songs including Big Spender, Sweet Charity, Too Many Tomorrows and There’s Gotta Be Something Better Than This.

Denise Van Outen has had a successful career in both television and theatre. After presenting Something For The Weekend on Channel 4 in 1999 and 2001 she played Roxie Hart in the hit musical Chicago both in the West End and Broadway where she received rave reviews. In 2003 she was approached by Sir Andrew Lloyd Webber to appear in the one-woman show Tell Me On A Sunday. More recent theatre credits include Legally Blonde and Some Girl I Used To Know, which Van Outen co-wrote with Terry Ronald.

Michael Xavier trained at Manchester Met and has been acting professionally since 1999. Xavier was nominated for two Olivier Awards in 2011; for Best Actor In A Musical for Love Story at The Duchess Theatre and Best Supporting Performance In A Musical for Into The Woods at The Open Air Theatre. His other theatre credits include The Pajama Game and Monty Python’s Spamalot. He is a proud ambassador of the charity Action for M.E. and is also director of the Musical Theatre Sunday
school West End Masterclass.

Kimberley Walsh rose to fame in 2002 as a member of the girl band Girls Aloud. The group has since had twenty consecutive top ten singles in the UK, six platinum albums and received five BRIT Award nominations winning ‘Best Single’ in 2009. In 2012 Walsh returned to her theatre roots and made her West End theatre debut playing Princess Fiona in the London production of Shrek the Musical.

Kerry Ellis is renowned for both her West End and Broadway performances and is also a successful recording artist signed to Universal Decca. Ellis originated the role of Meat in Queen’s We Will Rock You and was the first British Elphaba in Wicked, for which she won the 2008 Whatsonstage.com Award for ‘Best Takeover in a Role’. She immediately transferred to Broadway and played Elphaba for 6 months, where she won the Broadway.com ‘Audience Award for Favourite Female Breakthrough Performance’. Her other notable theatre roles have included Nancy in Oliver!, Eliza Doolittle in My Fair Lady and Fantine in Les Miserables.

The Royal Philharmonic Concert Orchestra, formed in 1987, has built up an international reputation performing in the major concert halls in the UK and around the world, and is known for its versatile programming of classical, light classical and popular music. The Orchestra have given live performances at two iconic film screenings at the Royal Albert Hall: Singin’ in the Rain and Fantasia and have also appeared at summer festivals including Hampton court Palace and Kenwood House.

ArtsEd (Arts Educational Schools London) is a performing arts school based in Chiswick. The school originated from two schools, one founded in 1919 by Grace Cone and one in 1922 by Olive Ripman. The school offers part-time and holiday courses in the performing arts for all ages and levels of experience.