Absurdist theatre company Slip of the Lip are bringing Eugene Ionesco’s iconoclastic chef-d’oeuvre The Bald Prima Donna to Upstairs at The Gatehouse from the 21st July-1st August.

Eugene Ionesco’s utterly bonkers comedy of manners and (lack of) communication is transferring to Upstairs at The Gatehouse this August following a sell-out run at The Network Theatre in February and a successful stint at The Purple Playhouse as part of Brighton Fringe 2015 in May.

“…an evening of relentless farce and much hilarity” – GScene Magazine.

Welcome to the home of Mr and Mrs Smith – in the suburbs of London. There will be wars fought, battles won, sex, death and fire. Lots of talk about fire (it’s too highly taxed). We’ll meet Mr and Mrs Smith in their passionate, doomed marriage; Mr and Mrs Martin (the Richard Briers and Felicity Kendall of the outfit), Mary the Maid and despairing “passable” detective and The Captain of the Fire Brigade – he’ll tell you a story or three. 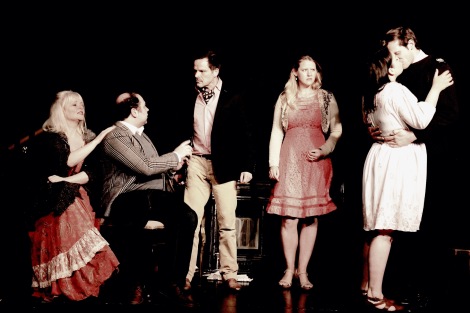 “Exceptionally well acted by a hugely talented cast” – Loitering in the Theatre.

Ionesco’s exploration of the frailties of language, and of the absurdity that arises out of our daily failures to communicate, is more relevant than ever in a world where text speak and poor email etiquette routinely cause offence and confusion. Slip of the Lip Theatre draws out the poignant contemporary relevance while staying faithful to the text and stage directions of Donald Watson’s original translation of this 1950s absurdist classic. 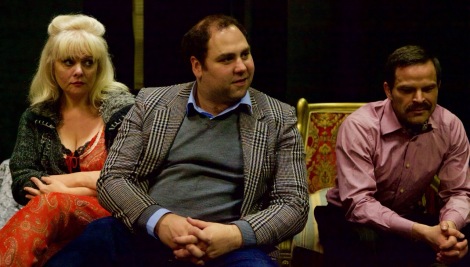 “The evening was funny throughout and at times side-splittingly hilarious” – GScene Magazine.