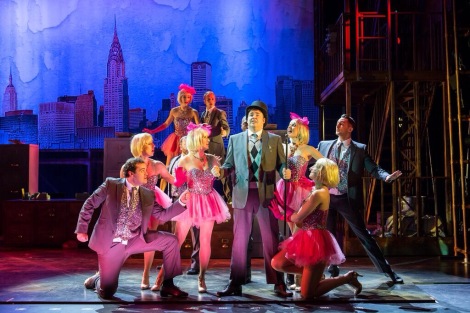 Being greeted in the foyer by a 6ft Nazi pigeon set the scene for an outrageously fun evening of entertainment.  This show has such a strong cast that it was hard to know who to focus on and they seemed to be having as great a time on the stage as we the audience were watching them. The show is based on Mel Brooks award winning musical movie comedy. Max Bialystock (Cory English) close to bankruptcy after a number of failed Broadway productions hires accountant Leo Bloom (Jason Manford) who has always dreamt of being a producer, to find a way to pull off a money making scheme. Using old lady benefactors money to finance the scam to produce the worst Broadway show ever, hoping to close it after one night and escape to Rio with the advanced funds. They hit upon a script called Springtime For Hitler which they feel is a sure fire Turkey, written by a crazy Nazi loving pigeon enthusiast Franz Liebkind (Ross Noble) . Along the way they engage a disastrous production team to ensure failure including director Roger De Bris (David Bedella) a leading lady slash secretary Ulla (Tiffany Graves) and Carmen Ghia (Stefane Anelli)

What ensues is simply the most un PC hilarious production you will ever witness. Cory English as Max Bialystock is on stage practically the whole time from curtain up and is faultless. Jason Manford with his impressive singing voice, tap dancing and expected comic timing was superb. Ross Noble appeared perfectly cast and gave a wild eyed comedic performance. The lovely Tiffany Graves as Ulla shone throughout and particularly in “If you’ve Got It Flaunt It” .

The ensemble gave a strong performance and I simply loved the “Springtime for Hitler” scene resplendent with huge extending Nazi saluting arms from the stage wings. David Bedella as Roger De Bris was hysterically funny as a camp Hitler in this number. Everything about this show is so wrong on on so many levels that it’s absolutely right that it’s a huge success. It’s a must see lavish production which   judging by the buzz of the audience as I left, they like me are probably still smiling from it even now!  Awarded 5⭐️’s by Caroline Hanks-Farmer @CTheatrePassion http://www.theproducersmusical.co.uk / http://www.facebook.com/theproducersmusical /  @producerstour   Tickets for The Producers (Tuesday 26 – Saturday 30 May 2015) are on sale from Mayflower Theatre Box Office tel: 02380 711811 or online at mayflower.org.uk. Ovation Restaurant bookings: 02380 711833 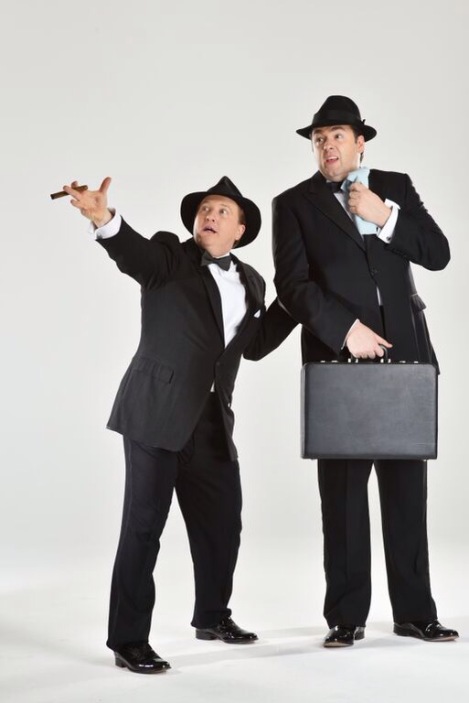