FOR THE FIRST EVER UK & IRELAND TOUR OF

ARRIVES AT MAYFLOWER THEATRE IN JULY

The monster hit UK and Ireland Tour of SHREK THE MUSICAL is delighted to announce full casting as it enters its second triumphant year on the road. Coming direct from London, where it was seen live on stage by nearly a million people, the production has attracted huge audiences and five star reviews, ‘taking ogre’ venues up and down the country and will arrive at Mayflower Theatre from 8 – 26 July 2015.

The UK & Ireland tour of SHREK THE MUSICAL is directed by Nigel Harman who starred as Lord Farquaad in the west end production, winning him the 2012 Laurence Olivier Award for Best Performance in a Supporting Role in a Musical. 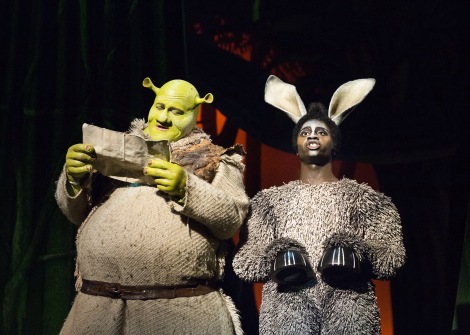 SHREK THE MUSICAL, originally directed by Jason Moore and Rob Ashford, is based on the story and characters from William Steig’s book Shrek! and the Academy Award®-winning DreamWorks Animations feature film.