On a stark blank stage sit four chairs. Each one of them filled by a character – some uncertain, shying away from the audience, others leaning in, eager to tell their story. All of them, more than anything, just want to feel safe.

Alexis Gregory brings us four starkly honest stories, woven together to form their own unifying narrative. All of the words tumbling from the actor’s mouths are true. Taken from recordings of LGBT people, who have found themselves in dire circumstances, the play aims to explore the real issues behind a shocking statistic – 25% of homeless and at risk youth in the UK identified as LGBT.

We have Alicia, a bolshy character with a fierce attitude and the eyeliner to go with it. Jack, an exuberant trans character who seems delighted at the opportunity to share his stories, Samuel, a character who shows off his newfound style and attitude, and Alicia, a soft-spoken Geordie who seems like a good laugh. The actors meld so seamlessly into their characters, it wasn’t until after the show finished that I was reminded that they weren’t in fact telling their own story, which is testament to the skills of all the cast. 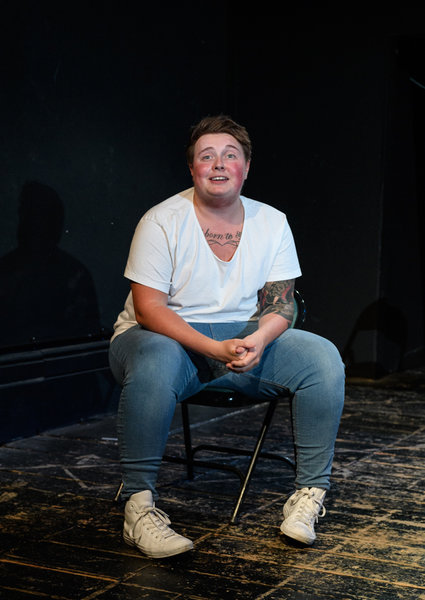 Behind all these smiling faces are harrowing stories. From abuse to neglect, from cruelty to discrimination, the challenges these young people have had to face are horrific. At times, it makes for uncomfortable viewing. The play reminds us that at the moment, in our schools, in homes, on the street, children and young people made to feel worthless for simply being themselves. With so many advances in LGBT rights, it’s a sobering reflection of how far there is still to go. And the results of these things cut deep – anxiety, depression, social problems, economic worries – the scars are visible in many areas of their lives.

Yet there is hope. Through the Albert Kennedy Trust, through social services, medical care, and in some cases, good old-fashioned friendship, each of the characters are on a path they feel is taking them in the right direction. Not better, not safe, not yet, but getting there. It’s refreshing to see a narrative that acknowledges that complex problems don’t have simple solutions. We are also uplifted by the beautiful voice of Tori Martin Allen and the powerful poetry of Yrsa Daley Ward, which has poignancy when coming from the mouths of one of the characters. 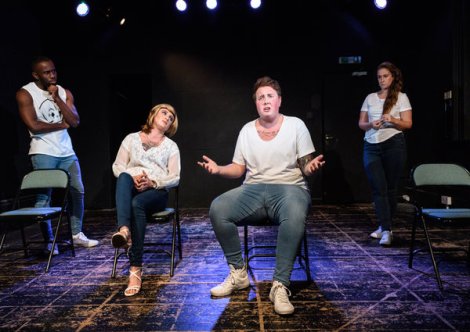 As an audience, we’re left with mixed feelings. Concern that we still live in a world that can harm people, acknowledgment that the media and the government aren’t taking enough measures to take action in the face of such distressing stories. But, we’ve spent an evening with people who have been through tough times, and are still with us. With the intimate nature of the venue, it almost feels like we’ve made new friends.

Besides, where does safety come from? A sense of belonging, a sense of community. And that, at least, is something that is in all of our hands.