A thoughtful play that delves into the complex nature of paternal relationships and the stark realisation that no-one is invincible. As ever, The Hope Theatre have a play that goes beyond the obvious and strives for something a little more daring.

We are in the waiting room of a hospital. Boyd (Ryan Penny) is edgy, unable to sit still and an incredibly frustrating character. His father has just been brought here after a seizure and his son is frantic with worry. He cannot conceive that the man he looks up to so much could have a weakness. Jenny (Shian Denovan) is his weary girlfriend, shouldering her own burdens behind her stoic support. She also provides some lighter relief and makes what could have been a bit part a tender and thoughtful character. Throughout the course of the play, we also meet Henry (Chris Machari) a young doctor who has his own turbulent reasons behind his choice of profession. He tries very hard to gently prepare them for the news that Boyd’s dad is far more ill than either of them could have conceived, and that he has been hiding things from his son. 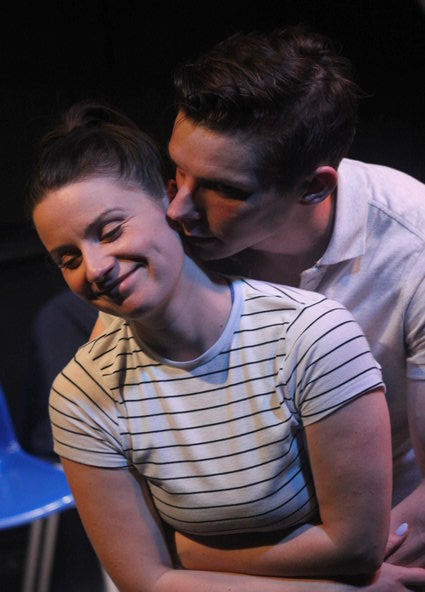 There are some lovely touches of humour that bring lightness to the performance, especially in the interaction between the couple and their misunderstandings about the doctor and the world around them. I have to say that, later on, they sounded a little too articulate to fit with some of the dialogue they are given earlier in the play. There were also places where I could appreciate that the writing was funny, but the jokes didn’t quite land right. I imagine this is purely a case of the cast fine-tuning their timing, as some of the funnier lines were delivered expertly. 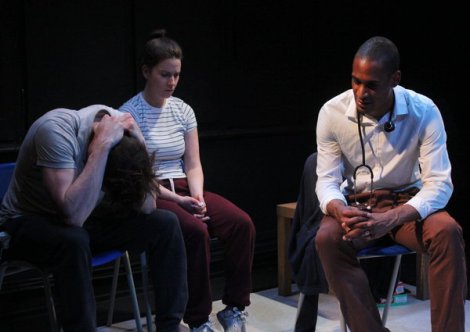 What really worked well for me was the shift between the outer façade of the character and the inner monologue of their hidden thoughts and feelings. A quick shift in lighting and sound, and were taken inside the heads of each character. This allowed the audience to gain a much greater understanding of the nuance underneath their words to others (especially Boyd, as I found him very unlikeable) and to see poignant moments from all of their childhoods. Fatherhood comes in many forms, and the play delved into the complex nature of a range of these relationships. It also allowed the writing to really flow, with much more poetic and fluent language, where you could really see the flair of the writer take off. It was a little jarring to jump so quickly between the two, which detracted a little from the central narrative, but I could see what they were trying to achieve. 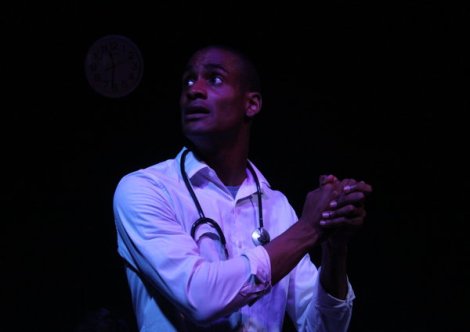 The story behind the Falling Pennies Theatre Company is a touching one. Ryan Penny received an unexpected phone call, and learned that his dad had been diagnosed with prostate cancer. Determined to find hope in such bleak news, he formed the theatre company to allow him to share his experiences and raise awareness. What people all too often forget is that gender inequality is just as tough on men. Inundated with images of ‘real’ men, taxed with providing a supportive and strong role in many relationships, the idea that you can be vulnerable, mentally or physically, is challenging. Boyd views his father as a giant, a tall tower of a man that is unwavering and solid. This play challenges the idea of a fixed role for men and fathers, and reminds us that illness is not a sign of weakness, simply something all bodies can experience, no matter how tough their exterior. I do feel this idea was a little overstated. I’ve not heard a man actually use the word ‘macho,’ and it seemed a little uncomfortable in Boyd’s mouth. The message of the play is implied within the interaction of the characters, and the writer should be secure in that, without needing the characters to overtly state it.

Having said that, the performances were truly touching, and I was left with sadness, yes, but an overwhelming sense of hope. An emotional journey to dark places with bright touches of light that reminds us of the humanity and strength in everyone.

Beetles From the West – The Hope Theatre until July 23rd