This is the hotly anticipated playwriting debut of a firm “Friends” favourite Matthew Perry but is this an evening to beg, borrow or steal a ticket or one that could be missed?

Two pairs of friends end up meeting one another in a bar. All have issues with themselves and the world and every day for different reasons it’s a struggle to survive another 24 hours. We are taken on a journey, seeing them get to know one another, and dealing with life’s curve balls. 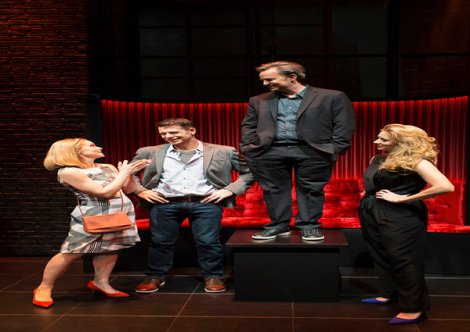 A punchy start with the four characters taking individual spotlights, each giving their name and a brief resume of their character. There is no denying it feels incredibly like “Friends” however this play is so much more than the fun program, which graced our screens for a decade.

Matthew Perry plays alcoholic Jack, his acting ability has never been in question here, neither has his comic timing. However it was the sincerity and the emotions that he put into his performance and script, which really held my attention and at times moved me. Playing opposite him is Jennifer Mudge as professional escort Stephanie, a huge talent with an ability to light up the stage with her strength of character and charisma. 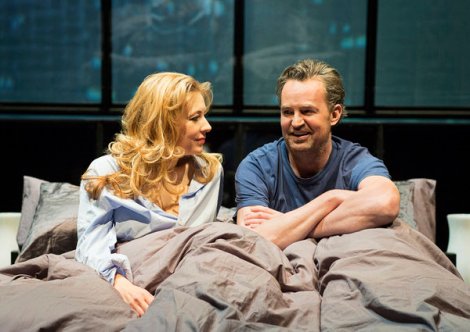 The direction by Lindsay Posner as ever is perfection and compliments the cleverly written script by Perry. A play about obsessive behaviour such as alcoholism, anxieties and plain fear makes for an interesting subject matter and you can’t help but feel that Perry is laying himself bare here for all to see. It is not said to be autobiographical but the parallels between his own life and his character are obvious. However even amongst the darkest scenes Perry has still managed to inject much laughter into this play, some of the lines are absolutely priceless and had the audience laughing loudly. This is credit to Perry’s script and the whole cast’s perfect comic timing. Lloyd Owen as “stupid” Joseph and Christina Cole as anxious and fearful Stevie, work well together and become the solid couple against all the odds, overcoming challenges and remaining loyal and supportive to their respective best friends. 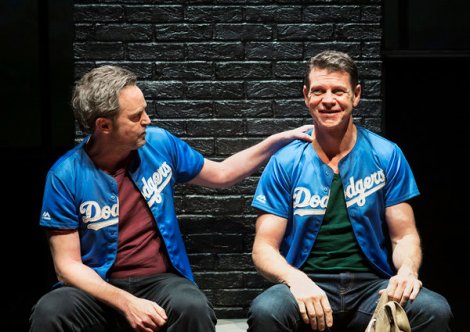 The design by Anna Flelschle which creates an atmosphere of a late night club, moving onto a flat, and finally a hospital adds to the play immensely. Music breaks up the scene changes and gives it an almost sit-com feel, which is refreshing and new and probably feels comfortable for Perry with short punchy scenes, which get their points across. It also nicely breaks up the poignancy of some really heartbreaking parts which you can’t help but to be moved by.

This play challenges you to keep believing that broken people such as these four characters or anyone for that matter, do not necessarily need to remain broken but can be mended with love, support and encouragement. It’s a play with hidden depths, fluctuating emotions and cleverly crafted script which Perry and all involved should be rightly proud of.

So returning to my original question is this a play to be missed or a play to see? In my opinion It’s definitely one production to see this season, on its limited run at the Playhouse Theatre and a great playwriting debut by Matthew Perry.