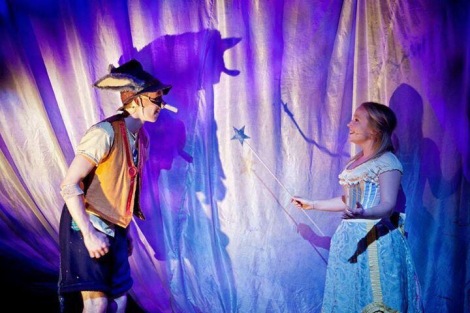 Guest Review by Emma Boxall (@Emmbox14)  who awards ⭐️⭐️⭐️⭐️ For The Adventures of Pinocchio at the Greenwich Theatre, London.

Upon arrival the atmosphere buzzed with excitement as eager families sat patiently in their seats awaiting the magical performance. The performance began with a shadow-puppet scene – narrated by the Blue Fairy (Rachael Louise Miller). This was both a creative and engaging idea from the director (Bronagh Lagan) as it established an initial focus for the audience especially the children and encouraged them to give their full attention for the entirety of the performance.

The cast were incredibly strong and not just in terms of their individual acting, singing and dancing abilities but the evident relationship they shared with each other, which enabled them to perform collaboratively. Christian James took the lead of Pinocchio and was perfectly matched to this role. He performed with a consistent balance of both puppet and human characteristics to portray a truly believable Pinocchio. The comedy duo Fox (James Charlton) and Cat (Ceris Hane) must also be given credit for their hilarious scene, which involved them trying to convince an unknowing Pinocchio that he has the power to plant a money tree which will rid him off all his troubles!

Alongside the actors was the live percussion that provided an outstanding variety of musical accompaniment, which had audience members tapping their feet – trying their utmost to resist the urge to sing along or get up and have a dance.

All in all the performance was thoroughly enjoyed by both children and adults alike. The relatively small space of the Greenwich Theatre was transformed and a creative and imaginative scene was captured. If you are yet to experience the magic then book your tickets now to ensure you don’t miss out!

Awarded ⭐️⭐️⭐️⭐️For The Adventures of Pinocchio at the Greenwich Theatre, London By Guest Reviewer Emma Boxall 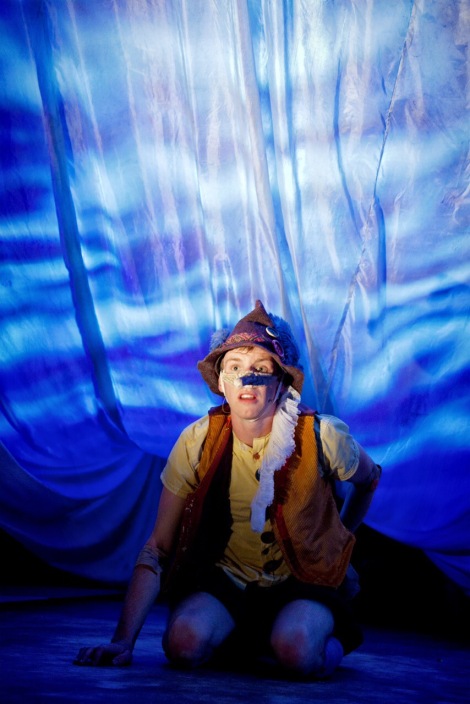 I promised a added twist to this review, there was some doubt as to whether I could get a reviewer to see this show so I asked a fellow passionate theatre lover who was attending with his 10 year daughter if she would give me her perspective of the show. She was only too delighted to do so and so what follows are just a small excerpt of some of Mark Titman’s daughter Jessica thoughts. I also believe there is a future budding critic here.

“Hi my name is Jess and today I watched this amazing musical! In my opinion I think that you would be crazy not to go and see it and to think when I walked into the theatre I wondered, is this going to be good?

At the beginning I saw puppets behind a screen on the stage it was black, with a fairy on stage explaining the ‘once upon a time’ start of the story. She was talking as the puppets acted it out in silohuette. The show had just began, but it already had drawn me in. And just then the stage went empty, all that was on it was a man Gepetto, who had lost his wife Alice and was lonely. He had a single piece of wood left and from this wood he made Pinocchio. I was out of my seat with excitement and laughing at all the jokes it was hilarious. It was like a comedy show as well as a musical. I give this show 4 out 5 ⭐️ By Jess  age 10″

There are many children’s shows this summer and what better way to encourage and gain engagement of a future audience than to do this. Bravo Theatreland!